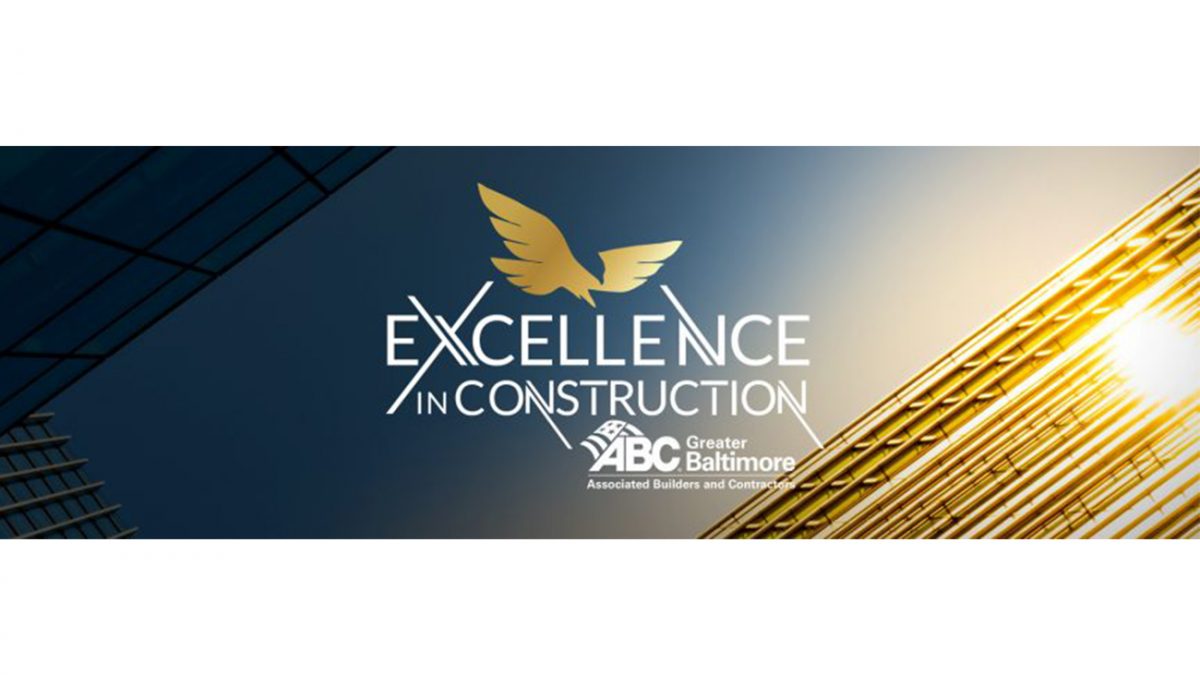 September 29, 2021 – Lewis Contractors is honored to have been recognized for its outstanding efforts for four projects at the 2021 Excellence in Construction celebration on September 28. Three Awards of Excellence, the highest honor given to a project, recognized Church of the Resurrection in Lutherville; Maryland School for the Blind’s Newcomer, Case and Campbell Halls renovation; and the emergency steeple repairs to St. Mary Star of the Sea in Baltimore City. An Award of Merit was given for the renovations to the historic Orianda Mansion, now home to Chesapeake Bay Outward Bound. In the category of trade specific awards, Lewis’ trade colleague Absolute Fire Protection also received an Award of Excellence for their outstanding work for Church of the Resurrection, bringing to five the total number of awards honoring this new Church.

Church of the Resurrection in Lutherville included construction of the new sanctuary with seating for nearly four hundred, a two-story structure with commons area, kitchen and restrooms on the first floor and offices, meeting rooms and a choir loft on the second floor. In completing the project, Lewis also renovated an existing classroom wing and converted the decommissioned former Church sanctuary for Youth Ministry activities. The timeless, gothic-design church addition so closely matches what one would expect to see on the site that passersby frequently think the original 1970’s building is an addition rather than the other way around. Video

The complex Newcomer, Case and Campbell project included significant exterior renovation and restoration to the historic Newcomer Hall, the signature structure on MSB’s campus. In addition, work included a complete interior modification to interconnected Newcomer, Case and Campbell Halls, demolition of an adjoining, outdated classroom building, and significant site and utility work needed to complete the final portion of the loop service road throughout the campus. Lewis has been working with MSB for more than a decade as they completed their more than $100 million campus improvement master plan and has just recently received an award to construct a new multi-wing residential cottage for the students. Every project completed by Lewis on this campus caused minimal impact to ongoing teaching and residential operations for the visually impaired and frequently disabled students, some of whom reside on campus from Monday through Friday each week. Video

At St. Mary Star of the Sea, Lewis mobilized both manpower and several cranes within two hours of a nearly disastrous event involving the historic lighted star cross atop the Church steeple, some 150 feet in the air. An unexpected 100-year thunderstorm struck Baltimore and dislodged the historic cross, leaving it dangling perilously above the sidewalk at a ninety-degree angle. Lewis saved the cross from impending disaster, repaired it and installed a new star light, repaired the damage to the steeple and ultimately replaced the cross into its former location. Though a small project by comparison to others receiving awards, this repair was so challenging that the video preceding Lewis’ presentation was announced as being more properly called a “Netflix Movie” than a simple compilation of project photos, and most in the audience agreed. Video

An Award of Merit was given to Lewis for the restoration of the Orianda Mansion in Baltimore’s Leakin Park. Once the home of Thomas DeKay Winans, a nineteenth century chief engineer of the Russian Railway between St. Petersburg and Moscow, the mansion was the principal feature of Crimea Estate which is part of this famed city park. Now home to Chesapeake Bay Outward Bound, the restored mansion provides full amenities of home to many of the Outward Bound staff and the ribbon cutting of the finished building was met with cheers by the senior staff.